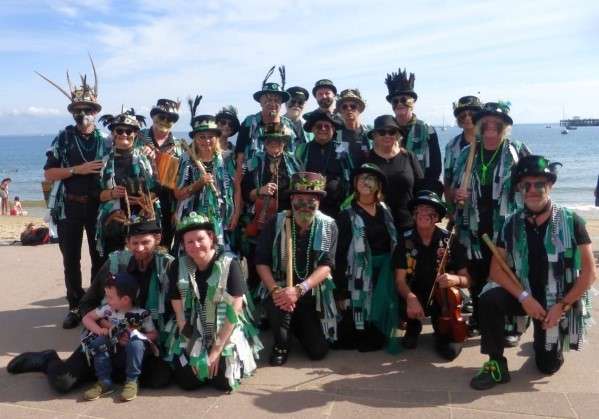 The programme is still being built and subject to change.

We are adding new acts as soon as they confirm,

OBJ was formed in 1996 by a group of like-minded people who wanted to dance the flamboyant style of dancing known today as “Border Morris”.

Their kit is generally black, with Green, Black and White rag jackets, and we follow the Border Morris tradition of blacking our faces.

They blacken their faces following the tradition set by some of the early Border Morris sides and with a nod to the local “Wokingham Blacks” mentioned above. They are careful to mention how this is a historical tradition, and there is no racial motive fbehind it.

OBJ is a mixed “side”, comprising male and female dancers, from Wokingham, Bracknell, and the surrounding areas. Initially they set out to attract new people into Morris, regardless of their number of left feet, fitness and sense of rhythm. This was successful as they’ve got a large membership, and a side that enjoys itself both during performances and socially.

Their music is always live, as they’re blessed with many talented people who play melodians,, piano accordians, fiddles, drums, brass, and strings.